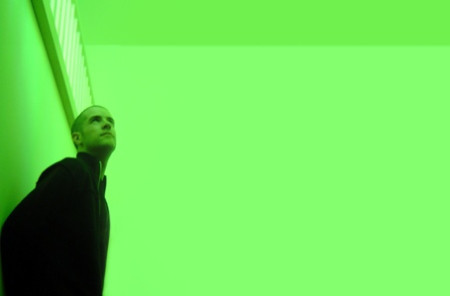 We are very pleased to collaborate with Decibel in presenting this evening of outstanding minimal electroacoustic music featuring visiting and local artists.

Taylor Deupree is a Brooklyn-based sound artist, graphic designer, and photographer. In 1997, he founded 12k, one of the world’s most respected experimental electronic labels. In 2000, Deupree and Richard Chartier launched LINE, a 12k sub-label that explores conceptual, ultra-minimalist digital sound and the relationship between sound, silence and the art of listening. In 2002 Deupree launched term., an online series of MP3 files from international artists. He also records for and has worked with a number of other labels including Spekk (Japan), Ritornell/Mille Plateaux, Raster-Noton (Germany), Sub Rosa (Belgium), BineMusic (Germany), Fällt (Ireland), and Audio.NL (Netherlands). In 1999, Deupree organized a compilation for New York’s Caipirinha Music called Microscopic Sound, which helped put a name to a rising genre of electronic music. Deupree has received a lot of recognition for his past projects including the techno and ambient sounds of Prototype 909, SETI, Human Mesh Dance, and Futique (1992-1996), as well as for his subsequent solo works and collaborations. His design work has appeared on dozens of record labels around the world and published in a number of design books in Japan and the UK.

Seattle-based sound artist Yann Novak explores the impact of his relationship to the world around him by recording it. Believing Heisenberg’s philosophy that one cannot experience something without adding something to the equation, Novak searches for himself within his catalog of field recordings. In that search, delicate nuances of sound are extracted without intruding on the naturally occurring composition of the recordings. These pieces, divorced from their context, are combined to produce emotionally evocative soundscapes. Since 2003, Novak has been intensely active in sound art through performances and recordings. The versatile range of his work is also demonstrated by the collaborations with choreographer Crispin Spaeth, with whom he has scored three pieces: Dark Room (2006), Up Close (2005) and Fade Dis/Appearances (2005). Novak’s latest venture was to launch his own record label, Dragon’s Eye Recordings, which focuses on limited run and varied format releases.

Kamran Sadeghi (Son of Rose) is a multi-instrumentalist, composer, and audio engineer based in Seattle. Since 2000 he has been actively exploring the use of electronics and recording techniques in contemporary music, with an emphasis on computer synthesis as a live instrument. This approach gives the movements in Sadeghi’s compositions a powerful, emotional, and graceful quality with a patient and gradual pacing. Over the past two years Sadeghi has performed his work at dozens of events including the Decibel Festival (Seattle) and Staalplaat Records (Berlin), and released three albums as Son of Rose including his self-titled debut in 2005 and Top Flight (2006) on Dragon’s Eye Recordings, both receiving critical acclaim. His work has been reviewed by The Wire, E/I Magazine, The Stranger, and Igloo Magazine.