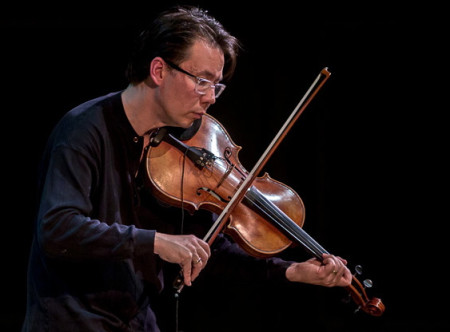 In the writing of musical time, every symbol is qualified by a signature, typically a pair of numerals which indicate a cycle and a unit of measure. By convention these signatures are written in rational form, with cyclic numeral in the upper position and unit of measure in the lower. In my notation, I include a reference to clock time (metronome number in beats per minute) as a subscript to the lower term, and an additional term for “number of measures” as a superscript to the upper term.

One of the arithmetic puzzles in the writing of time is the disjuncture between the numerical bases in the terminologies of different time scales: base 60 in terms of minutes and seconds, base 10 per units within the second. In terms greater than the hour, the day is divided into a base of 24, the month into an average of base 30, the year into an average of base 365. To these last three correspond astronomical observations: the movements of the earth, moon.

The first effort in the writing of time signatures would be to describe all of these time scales within the lower term of the signature. To extend the signature to its limits, the smallest to largest possible durations could be written with the same base. Of particular interest are the negative integers, which could allow the time of memory into the signature, as well as cardinal and ordinal numbers, which would allow extension of the signature into durations both infinitesimal and infinite.