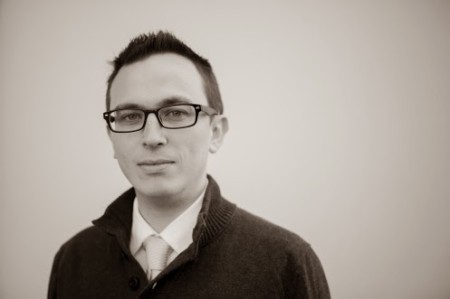 Presented by The Box Is Empty and Nonsequitur. PLEASE NOTE EARLY START TIME November will be presented in its entirety with no breaks or intermission. Due to the length of this performance, the audience is welcome to quietly come and go as desired.

R. Andrew Lee performs the Northwest premiere of Dennis Johnson’s proto-minimalist masterwork November. The piece is spare and meditative, and an astonishing four hours Long. It also holds the unique and auspicious place in American music history of having inspired La Monte Young’s The Well-Tuned Piano. November went unheard for decades until Kyle Gann reconstructed it with the help of the composer.

Pianist R. Andrew Lee is one of the foremost interpreters of minimal music. He has been described as having “superhuman patience and stamina” and his CD of William Duckworth’s The Time Curve Preludes was chosen as a 2012 Critics’ Choice by Gramophone Magazine. In his tenure with the Irritable Hedgehog label, he has recorded six albums, including the first perfectly-timed recording of Tom Johnson’s An Hour for Piano and the premiere recording of Dennis Johnson’s 5-hour minimalist epic, November, a recording that is “nothing short of a miracle” (Jay Batzner, Sequenza21).

Lee has dedicated himself to the performance and recording of new music. He has premiered or released the premiere recording of compositions by many composers whose work lie on the boundaries of minimal music. These include Ann Southam, Paul Epstein, Jürg Frey, Eva-Maria Houben, William Susman, Dennis Johnson, Scott Unrein, and Ryan Oldham. Upcoming projects include a recording of previously unreleased piano music by William Duckworth, and the premiere of a work by Scott Unrein that is meant to last from sunset until sunrise.

Lee currently teaches at Regis University in Denver, Colorado, and was most recently Artist-in- Residence at Avila University. He also serves as faculty for the nief-norf summer music festival. His writing has been published by Divergence Press. Lee also serves as a contributing editor for I CARE IF YOU LISTEN.