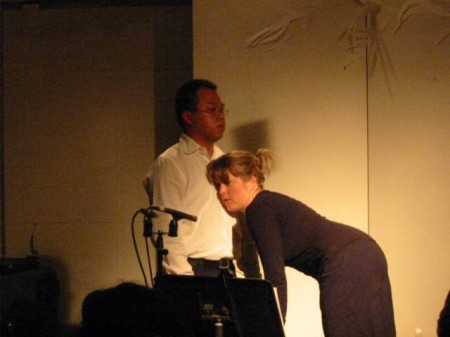 The Microscore Project is an ongoing collaboration between violinist Johnny Chang and cellist Jessica Catron that began in December 2001 and has since led to the commissioning and performance of over 225 miniature works from artists around the world – including distinguished composers such as Pauline Oliveros, Peter Ablinger, Philip Brownlee, Harold Budd, and James Tenney. Each piece written for the project is approximately 30-seconds in duration and the pieces are performed back-to-back to create a larger “work” that is unique to each concert. In addition to several premiere pieces written by local Seattle composers for this program, the selection of microscores for this performance will be framed by several works from James Tenney’s “Postal Pieces” as well as “Just Another Bagatelle,” a duo he composed for the Microscore Project in 2004.