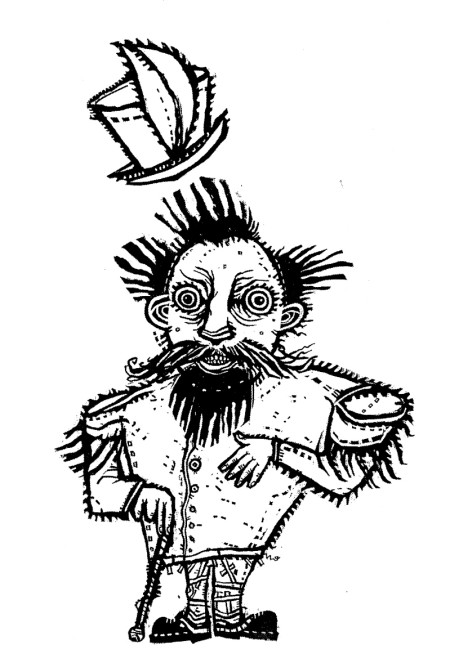 Gino Robair: I, Norton, an opera in real time

“At the request of the citizens of these United States, I, Joshua Norton declare myself Emperor.” So began the proclamation by which Joshua Norton, on September 17, 1859, became Norton I, Emperor of the United States and Protector of Mexico. During his 20-year reign, Norton I abolished Congress, decreed bridges be built between Oakland and San Francisco, enjoyed free passage by rail and ship, printed and used his own money, and corresponded with kings, queens, and presidents. I, Norton is an improvised collage structure that combines conduction (hand cues), graphic scores, and memory-based improvisational structures. It can be performed by any number of people – in this case, a large ensemble of Seattle improvisers. Bay Area composer and percussionist Gino Robair has recorded with Tom Waits, Anthony Braxton, Terry Riley, Lou Harrison, John Butcher, Derek Bailey, Peter Kowald, and Eugene Chadbourne, and has performed with John Zorn, Nina Hagen, Otomo Yoshihide, Cecil Taylor, Myra Melford, and the ROVA Saxophone Quartet. Gino is one of the “25 innovative percussionists” included in the book Percussion Profiles (SoundWorld, 2001), and Senior Editor at Electronic Musician magazine.