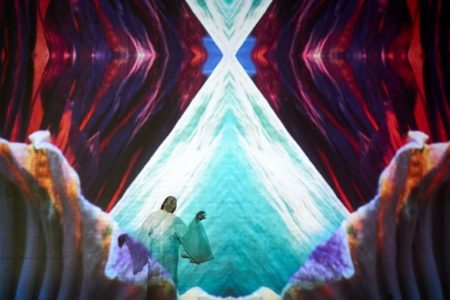 Rob Angus builds kinetic ambient-industrial soundscapes using a variety of acoustic instruments and toys to generate sounds that are manipulated, layered, and sent out into a multi-channel surround-sound system. Rob has done scores and sound production work for dance, video, and multimedia installations, and has recorded and produced music by other musicians. His photography is based on mirroring ambient details, lending an aesthetic quality to things that would normally go unnoticed.

Jeff Greinke is a renowned composer of dark ambient, electro-acoustic, and experimental music who was an integral part of the Seattle music scene before relocating to Tuscon. His work blends electronic and acoustic instruments and textures to produce haunting yet inviting soundscapes. He has released more than twenty recordings on various U.S. and European labels. He has composed music for film, video, dance, theater, radio, and art installations.

After studying with Butoh masters Kazuo Ohno and Yoko Ashikawa in Tokyo in the late 80s and performing with Ashikawa’s group Gnome, Joan Laage settled in Seattle and founded Dappin’ Butoh in 1990. A co-founder of DAIPANbutoh Collective, she performed at many international butoh festivals and a Butoh symposium at the University of California (LA). She creates site-specific work for Seattle Japanese gardens annually.