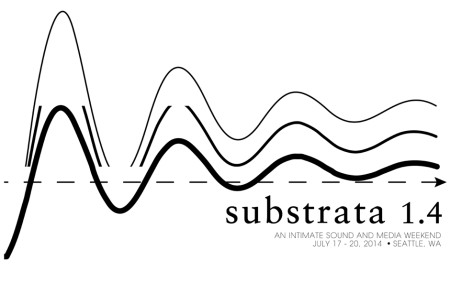 For its final night, Substrata Festival is a meeting of far-ranging extremes, embracing harsh ascetic minimalism, spaces of unmoored weightlessness, and the massive and physically terrestrial. Beyond notions of passive ornamental embellishment, the night’s performers are all sculptors of ambient sonic narrative created from the colluvium of sound’s rawest materials. The methodologies varying from the most fundamental, as electric current given voice through feedback, to complex timbral resonances born of acoustic tools. Making for a night of masterful intersections of the technological with the concrete, the dissonant with the harmonic, and the perceived with the post-cognitive.