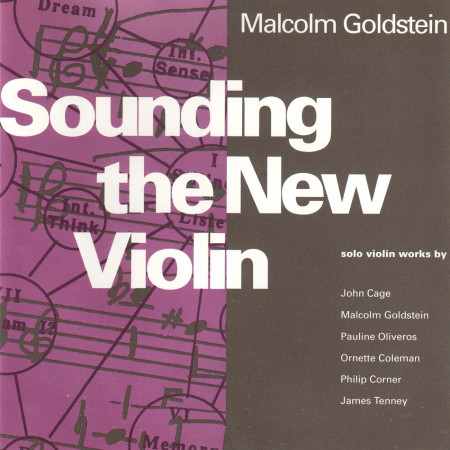 Six pieces composed for and in collaboration with Malcolm Goldstein that have extended the image of violin sounding, each in their own way.